Imperial College has submitted proposals for a major development of 7 new buildings, on the former Carphone Warehouse site at North Acton. The ‘North Acton Cluster’ is a set of tall buildings currently dominated by City & Dockland’s One West Point, a residential tower of 55 storeys that is now visible for miles on the A40 entering London.

The site at One Portal Way lies within the area for which the Old Oak and Park Royal Development Corporation (OPDC) has been the planning authority since 2015.

The application submitted is ‘hybrid’ – meaning  an application for full planning permission for the first phase and for outline permission for the remaining five buildings in the blue part of the map below. The first phase includes a 56 storey tower. More information on the application is available on the OPDC website.  The drawings, reports, and those objections published to date can be found on the OPDC online planning register. 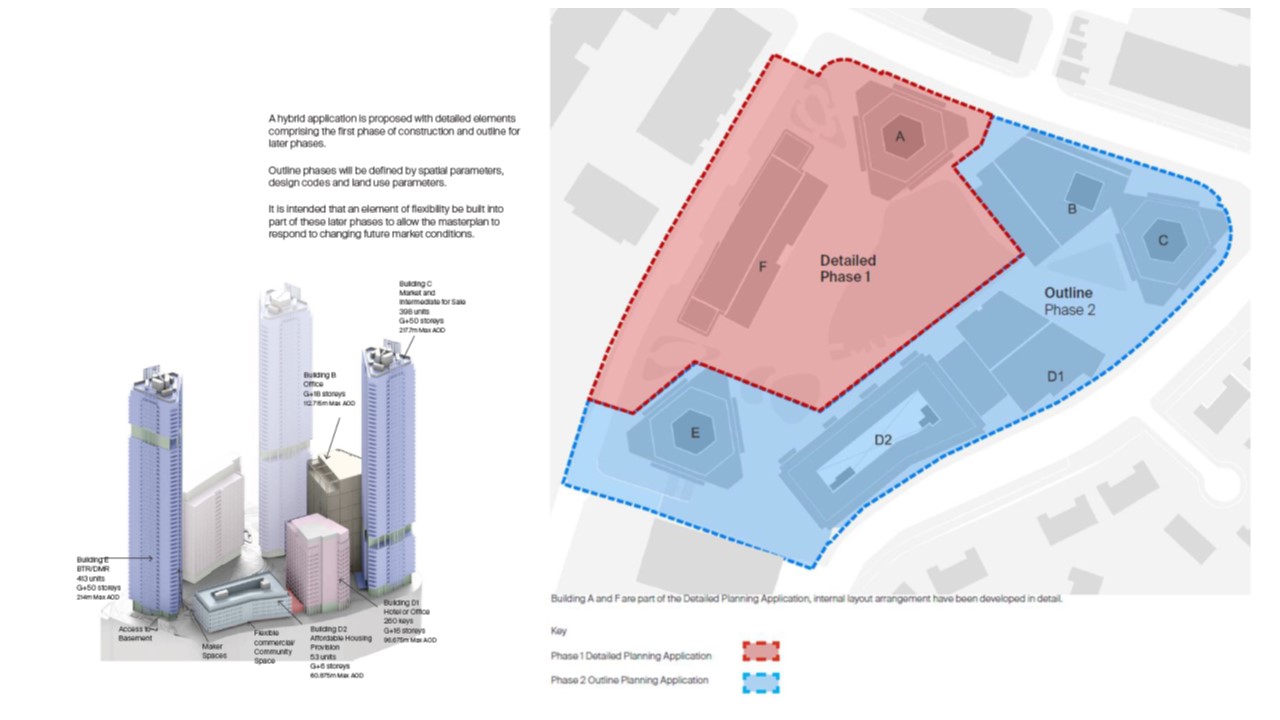 The CGI image below was prepared by Imperial’s architects Pilbrow and Partners and forms part of the application documents.  It shows what the ‘North Acton cluster’ will look like assuming that Imperial’s proposals receive planning permission, and that other already consented schemes are built (the main remaining one of these being the development at 4 Portal way, with two linked towers to the left of this image). 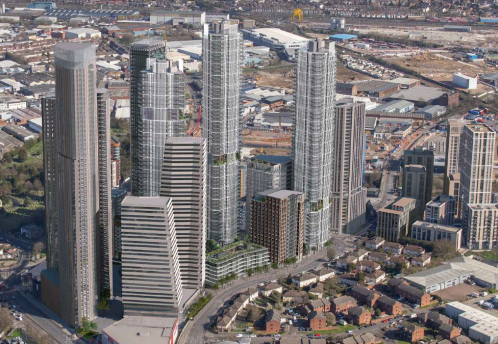 ,  Objections to Imperial’s proposals are coming from many quarters:

The public consultation on the application took place over Christmas and New Year, a period in which (as developers well know) most of the public are thinking of other things than commenting on planning applications.  The Old Oak Neighbourhood Forum and Grand Union Alliance have been granted an extension of time until January 28th 2022.

Legally the OPDC is required to take account of all representations up until the point of deciding an application. So you can ignore the January 8th deadline which OPDC continues to show on its website.

Objections to the planning application can be sent by email to planningapplications@opdc.london.gov.uk. You will need to give your name and address (which will be redacted when published on the planning register).  Also please include the application reference 21/0181/OUTOPDC.  For more background and points you may wish to raise. please see our page on how to make your views known.

Imperial College is a renowned global university doing pioneering work on medical sciences and on climate change and environmental sciences.  Our page at Imperial College questions why the college should be using its Endowment to pursue a development that includes towers of over 50 storeys – a building typology known for high levels of embedded carbon and energy use as compared with lower buildings.

It is for this reason, as well as the permanent and damaging impact on West London’s skyline that we feel the College should withdraw the present application and rethink its plans.