To no great surprise, the Imperial West application was approved last night at a lengthy meeting of the LBHF Planning Applications Committee.  This decision remains subject to ‘no contrary direction’ by Boris Johnson, Mayor for London.  We will be turning our campaigning efforts in his direction, as well as meeting with lawyers Webster Dixon on the scope for judicial review of the council’s decision.

The text of the press release issued jointly by SHRA and Woodlands Area Residents is as follows:

Despite strong protests and objections, a London council has given approval to a massive development scheme that local residents groups warn may be unlawful.

After two and a half hours of debate, the Conservative majority on Hammersmith and Fulham Council pushed through approval for a further phase of development on the Woodlands site on Wood Lane in West London.

Imperial College acquired the site from the BBC in 2009. It has since built four blocks of student accommodation. In late 2011 the college applied for planning permission for further development, including a 35-storey block of flats, a hotel and 12 storey office buildings.

Woodlands Area Residents and the St Helens Residents Association oppose the plans. They argue that council planning policies do not provide permission for such tall buildings on the site, which is adjacent to residential streets and a conservation area in neighbouring Kensington and Chelsea.

“The council and the GLA gave Imperial an informal green light to these proposals two years ago,” says Henry Peterson, Chair of the St Helens Residents Association. “They are now struggling to justify a massive overdevelopment which makes no sense at this location. Some of the things said by planning officers at the committee meeting were greeted with laughter and disbelief by a large audience”

Hammersmith and Fulham Council this week withdrew plans to redevelop its own Town Hall after years of opposition from local residents and amenity groups. Council leader Nicholas Botterill conceded that the council had “listened and learned” in response to strong opposition from local residents and the concerns of the Greater London Authority over the height of proposed residential tower blocks.

The council does not seem to be listening to residents in the north of the borough, where it has identified White City as an Opportunity Area. However the latest planning framework for the area is still in draft, has yet to undergo statutory consultation, or be formally adopted.

Nevertheless, council planners recommended approval for the development of the Woodlands site. Although Labour councillors all voted against the application, it was approved by Conservative members who have majority control of the borough.

Representatives of local residents and amenity groups turned out to protest at the plans, carrying placards urging the council not to ignore the law.

Residents associations are now considering the case for legal review. This follows a similar case in the borough where a judge recently ruled that the council had not followed the correct planning procedures. They are calling on the Mayor of London to intervene, given the objections received from the adjacent borough of Kensington and Chelsea, which has also opposed the plans.

Andy Slaughter, the Labour MP for Hammersmith and the Shadow Minister for Justice, has lent strong support to these local campaigns to protect the rights of residents. He attended the committee meeting and said: “I’m delighted that people across the borough are fighting back and I will do all I can to support Shepherds Bush, Hammersmith and West Kensington residents against the wreckers in the Town Hall.”

The planners at Hammersmith & Fulham have now redrafted sections of the report which they were forced to withdraw from the Planning Applications Committee on July 10th.

The revised report attempts to meet the various legal challenges which we and our lawyers (Webster Dixon) put to them.  We don’t think the new version helps the council’s position.  Our latest letter to councillors on the Planning Applications Committee is here SHRA to LBHF July 18.2012

The committee meets again on  Wednesday 25th July and the Imperial West application will be the first item on the agenda at 7pm.  Come and join us in front of the Hammersmith Town Hall, King Street, W6 9JU from 6.40 onwards.   Last time round, we had to stand everyone down at the last minute, when the report was withdrawn.  This time we think that the planning application will be discussed and decided, but check back here before you make the journey.  The council’s processes for making planning decisions are not running smoothly these days, and who knows what may happen next.

For the third time, Hammersmith and Fulham Council has deferred a decision on the Imperial West Phase 2 application.  First it was meant to be decided by their Planning Applications Committee in March, then June and then July 10th.

Twenty four hours before the committee was due to meet, the council sent an email to interested parties saying: ‘The decision to withdraw the Application has been taken in order to provide officers with an opportunity to clarify certain matters in the planning report, in particular the policy context in which the development proposals fall to be assessed. Such clarification will assist Members in their consideration of the Application’.

What this means is that the council’s planning officers are finally waking up to the legal questions that we have posed to them, over many months. These relate to the status of the new draft version of the White City OAPF as opposed to the version adopted by the council in 2004.

The 2011 draft version introduced the specious idea of 100m towers along Westway as a ‘gateway to London’.  The 2004 version said (much more sensibly) that buildings north of the Westway should respect the neighbouring residential areas.

This ‘inconvenient truth’ has been resolutely ignored by Imperial’s consultants and LBHF planners.  But the successful legal challenge by the Shepherds Bush Market traders, and the letter sent by our legal advisers Webster Dixon, have made the councillors on the Planning Applications Committee stop to wonder if they were about to make an unlawful decision.  This can only be a good thing, if it offers hope that the massive over-development proposed in the Imperial West scheme gets a closer look.

The council says that the application will be back on the PAC agenda for July 25th.  Given that the council has already had over 6 months to assess the scheme, it is not clear what is going to change between now and then.  We wait to see the revised report and recommendation.

This very late deferral has meant that people planning to lobby at the Town Hall tomorrow July 10th now have no reason to go there.  We have contacted all our 280 members.  Sorry if you have had a wasted trip by the time that you read this, but it is really not our fault.  The council needs to get its act together.

The Association’s lawyers have sent a letter to LBHF council warning that the Planning Applications Committee should either refuse or defer the Imperial West application at their meeting on 10th July.  See at Webster Dixon to LBHF

Does the council wish to be on the receiving end of a third Judicial Review application, on its flawed planning decisions?  We will find out next week.

The planning application for the Imperial West development is due to be decided by Hammermith and Fulham’s Planning Applications Committee on July 10th.  The committee report, in which officers recommend approval to the application, can be found here (it is a long report and takes a bit of time to download).

We sent a detailed set of objections to the council, back in March – see at SHRA to LBHF on Imperial West application.V6

This week we have written again to the council, focusing on the legal risks that it faces should it decide to approve the planning application next week. 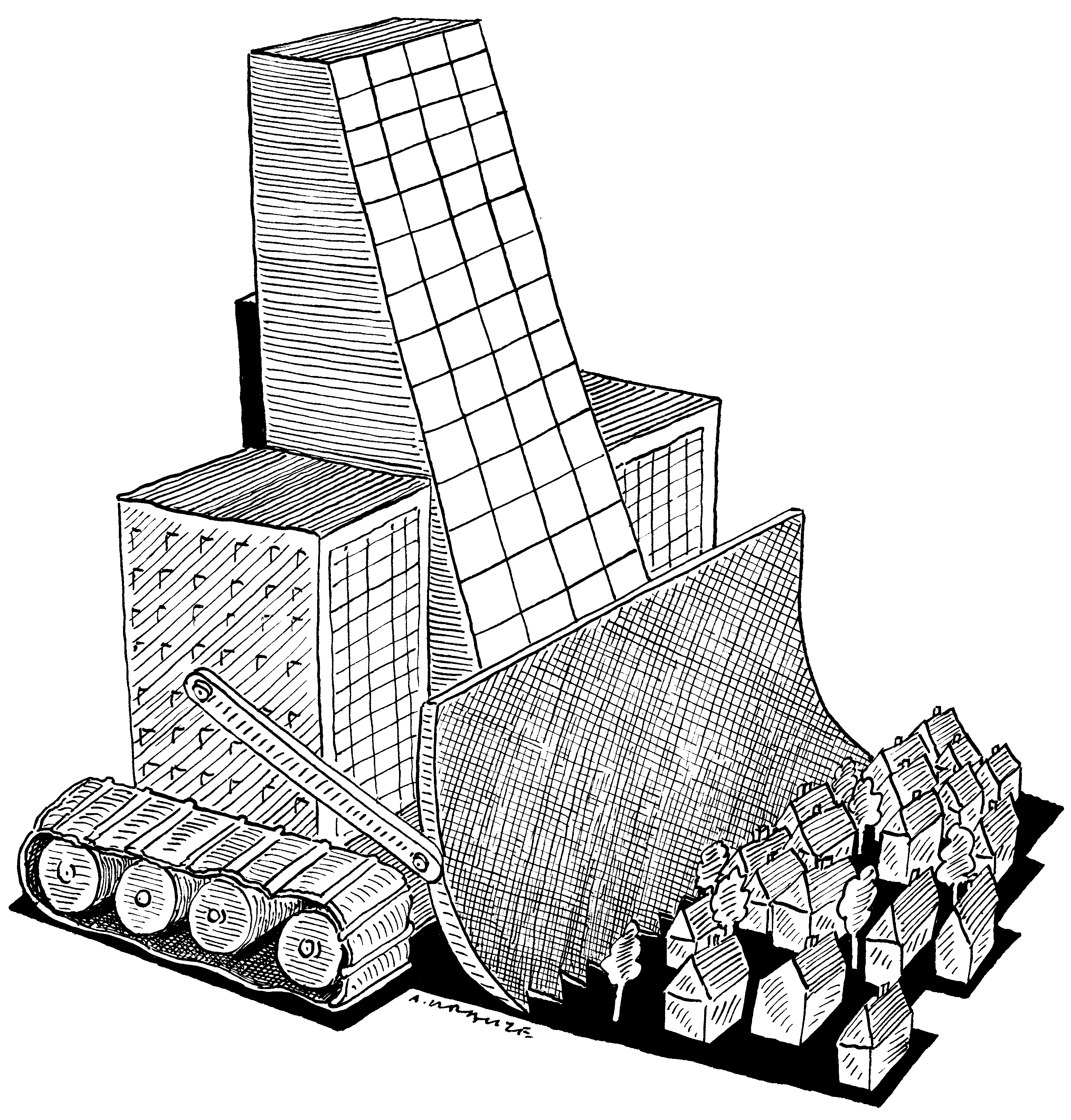 Our latest letter to the council can be read here  SHRA_to_LBHF_PAC_members_July_2012.final

We are entirely serious about applying to the courts for Judicial Review of a decision by the council to approve the Imperial west application, in its present form and at this time.  We have solicitors on standby, awaiting Tuesday’s decision.

We do not oppose the use of the site by Imperial, for a development reduced in density and scale, and once there is a new version of the White City Opportunity Area Planning Framework which has been consulted on and lawfully adopted by LBHF as planning authority.

We will lobbying councillors on the Planning Applications Committee before the meeting, which starts at 7pm in the Small Hall at Hammersmith Town Hall, King Street, London W69JU.  At the meeting itself, no members of the public will be allowed to speak. If you feel strongly that local people should have a voice in battling against excessive over-development of the White City area, please come and join us.

The image above is one of several which distingished cartoonist Andrzej Krauze has drawn for the Association.  It sums up very well how local residents feel.